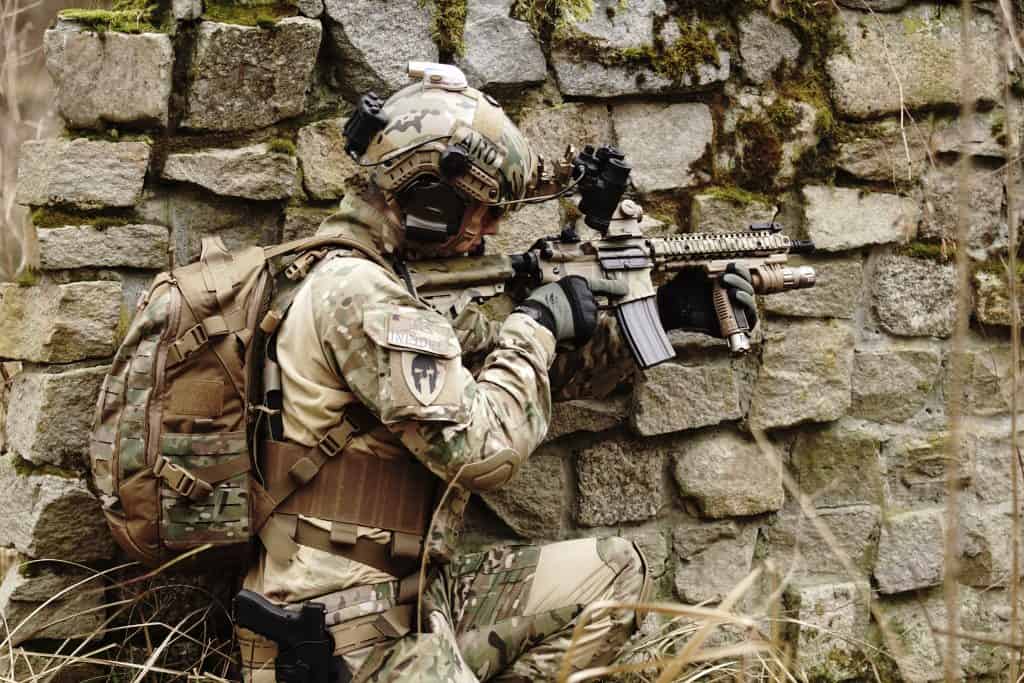 War is a very magical subject and it is very difficult to imagine if you are actually haven’t been there. But world cinema has helped people with some of the best war movies.

Among these, some movies may have managed to get humor out of it and some horrors. But, there are some movies which are considered the best war movies of all time.

Of course, realism is something that is most important in these movies.

The point is if we can buy this type of equipment online or at shops, then the LEAST we should be expecting out of our movies is equal if not MORE realistic use of actual military hardware.

If you are an avid gun collector, hunter or historian, you know that plausibility is the minimum that good war movies should deliver and realistic recreation is the holy grail. Good directors balance these two demands.

There are many other things to consider along with realism. Here is a list of best war movies (our opinion) that have successfully depicted war and are of high quality.

This is none other than Francis Ford Coppola’s tale which is all about Vietnam soldiers. He terminates a rogue officer but the special thing is with extreme prejudice.

Of course, the starting of the story is not that special but standard. But, slowly it goes and enters into a much darker side. So, as the movie goes on you can see a different side of the story.

As with most Hollywood produced war cinema, there are veterans who criticize this movie. Most of the people liked the first third of the movie since it is realistic. The latter part is not realistic. But, for sure this is an enduring movie.

This is one of the best German Drama and this movie is based on a novel with the same name. This is all about the U-96 and its efforts and it is nothing but a real German submarine.

This movie is completely surrounding a mock-up replica of the actual ship. This is all about action and inaction mixture of German submarines which played a major role in WWII. Later the novel’s author threw some criticism about this movie.

The author is unhappy about the glorification of war. But the good part is both German and American audiences responded really well for this movie.

You can list out many best movies about the Vietnam War.  But if you consider the popularity and realism, you can list out this movie on top of the list.

This is one of the best war movies and most of the Vietnam veterans have an opinion that this offers one of the best depictions of the war. Compared to a lot of other movies, this movie considers a lot of things which were missing earlier.

Of course, there is a graphic and highly powerful performance too. The entire cast looks talented and they tried to depict the war completely in a realistic way.

This movie also grabs a good place when you list out the best war movies. You can place it at the top of the list as well.

This is all about the Omaha landing sequence and this scene is considered to be the most accurate war scene of all time. There are a lot of spontaneous moments to list out and this is one of the best war movies.

In the world cinemas, these four are considered as best war movies of all time.

There are always new movies coming out. Recent additions to our list would include Dunkirk, Midway and most recently 1917.

Given the amount of awards these films have already received we have no doubt they are already future classics.

The question remains, what did we miss? Is there a wartime classic you feel should be on this list? Let us know in the comments below!